Journalist and P24 Founder President Hasan Cemal’s ban on leaving the country was lifted and his passport was returned. The decision was taken by Istanbul 24th High Criminal Court upon Cemal’s lawyer Fikret İlkiz’s request for the abolition of the measure.

The court ruled that “the remaining amount of the remaining fines was taken into consideration.”. “My passport was returned. I would like to thank everyone who did not spare his interest” said Hasan Cemal on his social media account. 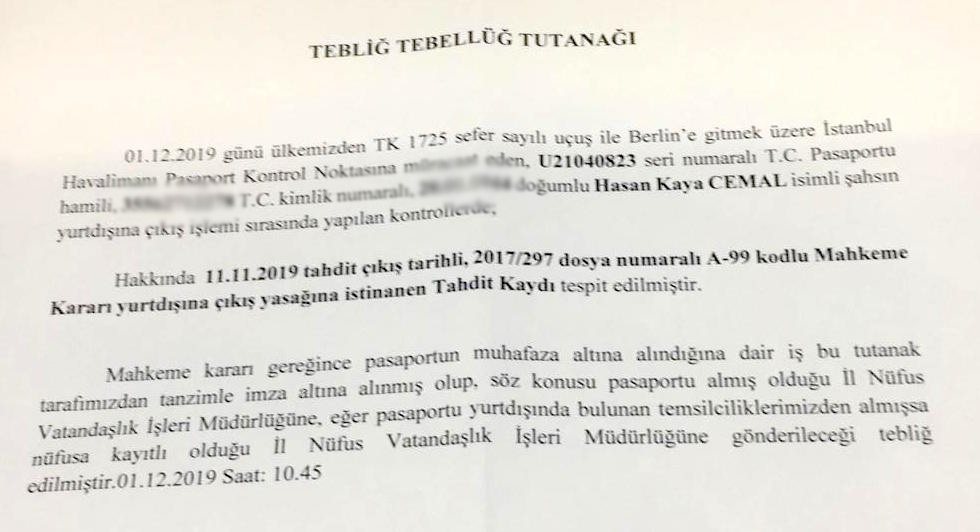 Hasan Cemal’s lawyer Fikret İlkiz applied to the Istanbul 24th High Criminal Court and asked for the abolition of the judicial control measure including the ban on going abroad. İlkiz, 3 months and 22 days of execution because of his writings on the Kurdish issue of execution and postponed the sentence about the arrest of Hasan Cemal and the file was under investigation by the Supreme Court pointed out that the request for the removal of the passport and demanded the return of the passport.

Exiled journalist Fatma Zibak wrote to Der Tagesspiegel: All I can do is announce the bossism regime and its crimes to the world